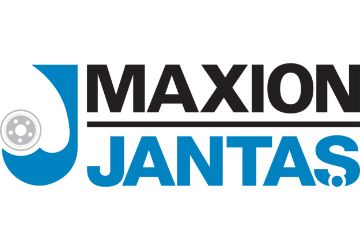 INTRODUCTION ABOUT THE COMPANY

Maxion İnci and Maxion Jantaş are the joint venture companies of world's largest wheel producer Maxion Wheels and İnci Holding. Maxion İnci Wheel Group is Europe’s largest single-location aluminum and steel wheel producer for passenger, light commercial and heavy commercial vehicles with 5 plants under its umbrella. Producing 10 million wheels in 2019 and with a total of 1700 employees, Maxion İnci and Maxion Jantaş's export corresponds to 75% of their overall turnover.

Maxion Jantaş (Maxion Jantaş Jant Sanayi ve Ticaret A.Ş.) was established in 1968 as a company to become the steering power and driving force of the Turkish wheel sector. A well-ahead leader of wheel production for heavy commercial vehicles in our country, Maxion Jantaş carries out production in a 34-thousand-square-meter area, the 20 thousand of which is indoors, in Manisa Organized Industrial Zone (MOSB). It has an annual production capacity of 2 million 400 thousand wheels. It is the leader of the Turkish heavy vehicle wheel market, with 450 employees. It also has 3 patents and 3 utility models. It ranks the 355th on İSO 500 list, and 215th on TİM 1000 list. Maxion Jantaş makes a difference in the sector with its efforts in the field of product development and process design.

Maxion Jantaş produces high-resistance and high-quality tubeless and tube-type wheels for heavy vehicles such as 18-wheelers, trailers, buses and trucks.

Provide components and automotive systems in a profitable manner while improving the competitiveness of our customers' products on a global basis through continued innovation, process improvement and outstanding people.

Be a global leader, growing in a sustainable manner through innovation and inspiring our people to take part in shaping the automotive world with us.

You can only send 5 messages in one hour!
You have been reached the hourly message limit.

Your message is successfully sent. Our authorized officers shall contact you as soon as possible.

You have successfully subscribed to newsletter. Thank you.